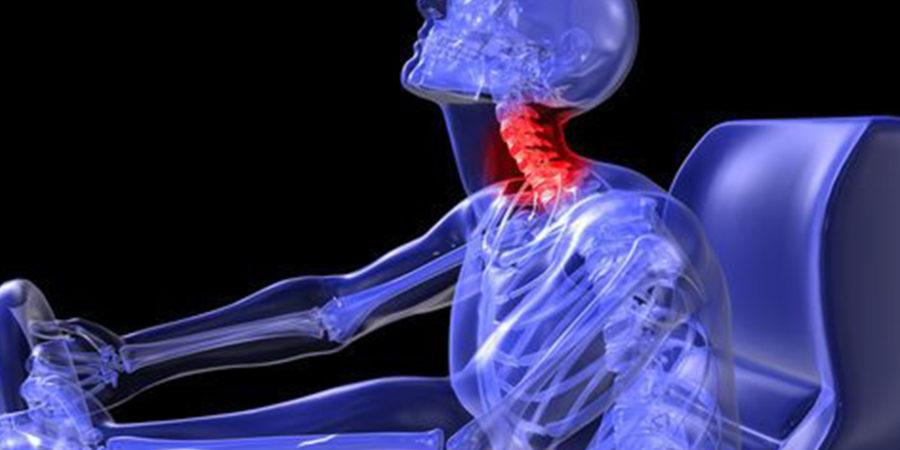 The Car Crash that ended my Karate Career… or did it?

I’m in my early 20’s, and I had just graduated college.  Pitt was a great university, but I didn’t attend for the academics. Nope, I chose this campus because I needed to commute and train 5 days a week. The 1999 USA Karate National Championships were slated for mid-August and I was a defending Gold 🥇, poised to repeat. My hard work was finally paying off.

Up until now, I was groomed to be a champion🏆. It was all I knew: school, karate, eat, sleep, repeat.  No other activities were allowed! Day in, day out I had tunnel vision toward Olympic greatness. I was not naturally gifted with speed or size by any means.  In fact, my high school my driver’s license listed me as 5’6” and 105 lbs.  Yea, I was a twerp.  How the heck did I become an All-American?  I had no choice — Sensei says, “Be a champion,” and you know the rest. I had to hold my own against animals at the dojo and bullies at school who thought karate was a joke. Toughness and tenacity were byproducts of survival.  I sure took some lumps and abuse, but when my growth spurt hit, it was payback👊.  By the time I entered college, I was 6 foot tall with something to prove.  I fought in -60 KG category (that’s still only 132 lbs). Hardly menacing, but my confidence grew with my height. I was lean, mean, and kickin’ ass. I didn’t have all the finesse yet, but I unleashed my frustrations in the ring.  Win or lose, they remembered the name.

🧠15% percent concentrated power of will

Some careless jagoff in a box truck literally rear-ended my dreams — Fractured neck 😱 😥 🤕 (summer of 1999).  It was earth-shattering.  I was just coming into my prime and now my new uniform was a neck brace.  Diagnosis from the doc, “Don’t fight anymore.” My heart sank into my shoes and the walls closed in. I had never looked past karate — ever. I was 😡 at the world, and needed a reboot.  So I followed an old saying, “Go West young man.”

I took a leap of faith and moved to Los Angeles to learn the entertainment biz 🎥. What?!?  I wanted to be a promoter just like my Sensei, and thought Hollywood 🎬 was the ticket.  I knew absolutely nothing about the industry, so my friends and family were skeptical to say the least. Fake it till you make it, right?  I borrowed my dad’s swagger and walked in like I owned the place. I had instant success.  Confidence is contagious, there is no other explanation.  SAG card in hand, I worked with A-listers; everyone from Britney Spears to Arnold Schwarzenegger, and all along the way, despite my decision, no one was prouder of me than my father.  I knew a conventional job wasn’t for me.

I went to Hollywood 🎬, crushed it, and came back a new man.  I missed my college sweetheart (and future wife), my family, and dojo.  I refused to let this car crash define me. What should have “broke me; woke me.” It took some Cali🌞for it to sink in, but being a Sensei was in my blood.  When I returned to Pittsburgh, the students rejoiced. I didn’t realize how much they missed and needed me. It was just the therapy I needed.

The car crash that should have “broke” me “woke” me.

Being a Sensei was my destiny, and I turned the negative into a positive. That’s right, it can either break you or wake you. My passion inspired new avenues including coaching, promoting and of course confirming my calling to be a lifelong Sensei.

There was no doubt the siblings were happy for the students – most of whom they helped train – but there were times when they stared out at the mats and wondered, “Why us?”

Billy and Addie Viola, who had competed and won medals at the national competition 18 years in a row, wanted desperately to compete in the tournament, but it wasn’t going to happen this year. They had to miss nationals for the first time in their lives due to off-mat incidents out of their control.

Addie Viola, 20, also an accomplished karate champion, was involved in a separate car accident on Route 30 three weeks earlier. She suffered head and neck injuries, including a gash on her forehead that will require several plastic surgeries to correct.

The Violas’ father, Bill, was concerned for his son and daughter, not only because of their injuries, but because they trained all year for nationals but could not compete.

“That was very disturbing,” Bill Viola said. “It was something that just happens. After all the training, sweat and time they put in, and then this happens.”

Even though the Violas were unable to compete at nationals, they still wanted to be there for their students. The only problem was they were in Denver, Col., with their University of Pittsburgh at Greensburg ecology class when the championships started. The Violas talked the rest of the class into jumping in the van and finishing their trip early so they could return in time to see some of the matches in Canton. Twenty-nine consecutive hours of driving later, the Violas, exhausted and sore, arrived at the Civic Center to the surprise of their students.

“I’ve been in martial arts since I was 3 years old, and this is one of the rare times I had to miss the national championships,” Billy Viola said. “Being a defending champion, it was difficult to watch. But I had to be there for my students.”

“It was tough to watch and not be able to do it,” she said. “We still went and watched and supported them.”

Their students didn’t disappoint. Billy Leader, a 7-year-old from NorthHuntingdon Township, won two golds in weapons and advanced synchronized weapons, a silver in kata and a bronze in sparring. His 5-year-old brother, Dominic, the youngest representative Allegheny Shotokan sent to the championships, won a gold in weapons and silver medals in kata and sparring.

Leah Ray, a 10-year-old from Larimer, won a silver in sparring and a bronze in kata. Another 10-year-old, Brian Hails from Jeannette, led the 10-13 age group advanced synchronized weapons team to a gold medal and won a silver in kata.

Rick Fox, 17, of Irwin, won golds in weapons and adult synchronized weapons team and a silver in sparring. Theresa Perry, an 18-year-old intermediate green belt from McKeesport, earned gold in weapons, silver in kata and bronze in sparring.

Nick Cyktor Jr. of West Newton, who was competing in his first national championship, won a gold in sparring and a bronze in adult team fighting. Cyktor, a beginner white belt, impressed his teammates by taking on black belts in the team event despite a lack of experience.

The Violas’ students and training partners missed seeing them compete. Whatule, who learns and trains with Billy Viola, said this was the first tournament he attended that Billy didn’t compete in.

“As soon as I’d get done with a fight (at past events), I’d head over to his ring and cheer him on and vice versa,” Whatule said. “I used to get pumped up by watching him fight and cheering him on.

“I hope their health stays good and they can compete again soon. When you don’t have a member of your team there, a lot of people get thrown off their games.”

The Violas hope to get back into competition in a couple months. Billy Viola is undergoing therapy three days a week at the Medical Wellness Center in Jeannette, but still teaches at the karate school to stay active. So does Addie Viola, who will need a skin graft to cover the scar on her forehead.

“My goal is to make it back to nationals next year and not move a step back from the previous year when I was the champion,” Billy Viola said. “I want to be right back where I was.”

The car crash did end Bill Viola Jr.’s competitive career, but it opened the door to his true passions.