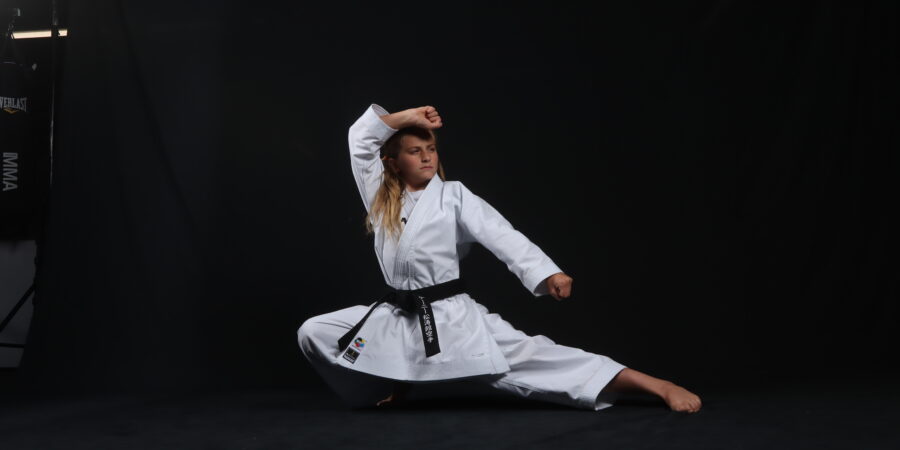 “I am a seven-time state champion, a three-time national champion, and last year I won my world title,” Gabby Viola said as she laid out her impressive resume.

“The Viola karate legacy starts back in the 1960s with my father,” Bill Viola, Sr. said. “He was a pioneer of the martial arts. He opened his first dojo [Viola Karate] in 1969 here in western Pennsylvania. And throughout the seventies, eighties, and nineties, the dojo became a dominant force,” Viola added.

The Viola name became synonymous with champions in this region.

“As I came up through the ranks, I also became national champion, and lo and behold, I have my kids, and they become the third generation of Violas to represent the storied tradition of our school. And so now, my son, Will, and my daughter, Gabby, represent the dojo throughout North America,” the senior Viola said.

“Gabby competes in kata, kobudō, and kumite, those are the three levels,” Bill Viola added.

Gabby then laid out the differences between the fighting styles.

“Kata is empty-hand or an imaginary fight. Kobudō is when you use a weapon to do a form, kind of like kata. Kumite, or sparring, is when you actually fight someone,” Gabby said.

This October, Gabby will be competing internationally, traveling overseas to represent the country, and western Pennsylvania, in the world championships.

Gabby has been training at the dojo since the age of two. She trains by herself seven days a week and then takes additional classes five days a week as well.

She even passes on what she’s learned to those even younger than her, including her brother.

“I like teaching. It’s harder to teach my little brother,” Gabby said with a smile. “He doesn’t listen to me, but the rest of them do.”

Gabby’s father, Bill, told the Fan N’ATion crew how surreal this experience has been, seeing Gabby develop into a champion, because of the time he spent with his father. Now, the elder Viola is sharing his expertise and passing that down to his children.

“We call it a family. I don’t look at our students as clients that come through the door. They’ve become one with us. It’s embedded in our culture here,” Bill said.

“All my family has done it, and I really enjoy doing it. If I have a family one day, I would want them to do karate,” Gabby said.